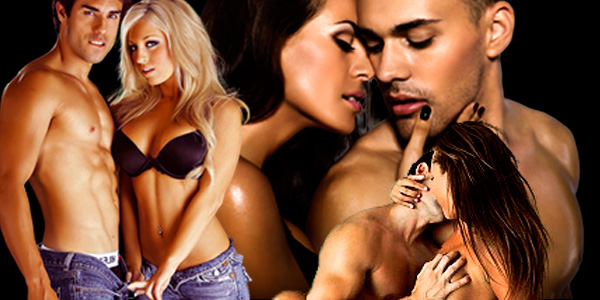 ORIGINS: Swinging has probably gone on since the DAWN OF TIME. Many cultures hold no stigma to the sharing of married partners, the Inuit tribes of Alaska and northern regions of Canada and some African Tribes being a few examples. But the beginnings of modern swinging originated in Germany. There were many military units serving in Germany after World War II. Many of the members serving in these units were chiefly responsible for bringing the swinging culture back to North America.

WIFE SWAPPING: Swinging was first reported by the US media as “wife swapping” in the 1950’s practiced in Southern California and within the military. The latter at “key clubs” where husbands reportedly tossed their house keys into a pile in the centre of the room where they were drawn at random by the wives. The owner of a selected key was the sexual partner for the evening. Swappers is a term that has been around for many years and is still used by some groups and couples to this day.

SWING MAGAZINES: In the 1950’s, a variety of national, and local magazines catering to the needs of swingers appeared in Europe and North America. At that time the chief way of meeting other swingers at that time was through personal ads. These publications offered column after column of such ads, many illustrated by nude and revealing photos placed by swinging couples and hopeful singles.

SWING PARTIES: Swinging quietly evolved in many parts of North America, particularly in the Berkeley – San Francisco and Hollywood – Los Angeles areas, Chicago and perhaps New York City. One of the earliest swing clubs, was The Group, later called the In Crowd, in Orange County, California. At first, swing clubs were informal gatherings at members’ homes or at the homes of leaders of the clubs. Most clubs were informal in nature and membership was generally through another member by referral. Certain cocktail lounges and bars began catering to a growing clientele: Topley II in Los Angeles and the Swing in nearby Encino, California gained national publicity and notoriety. The Sexual Freedom League in Berkeley, California in the 1960’s may have been the first to be open and public about swing parties. The SFL regularly held swing parties for members along with other social and political activities.

SWING CLUBS: Clubs, in tandem with cocktail lounges, then began in New York and a few other cities. The lounges were meeting places for members of the clubs. Actual swinging (arranged privately among members) was reserved for private homes or rented motel rooms. In other parts of the country, principally the South, Midwest and Pacific Northwest, Socials and Circles developed. The activities of this style of swing club were and still are generally dances. Swinging was a private matter arranged among the member couples attending the dances and was engaged in elsewhere. Many clubs still operate in this manner today.

ON-PREMISE PARTIES: Swinging in California evolved along different lines. By the spring of 1972 there were eighteen party houses and social swing clubs in Southern California, principally Hollywood, Los Angeles and Orange County. Some had been in operation for several years. All offered what later became known as “on premise” parties: swinging took place at the party sponsored by the club. A few of these had straight forward club names: Sexual Freedom Movement, Wide World Social Swing Club, and Cabaret: but others were more exotic: Ecstatics, House of Love and Love of Blue Light. Almost every adult swingers club, whether they are on premise or off-premise usually hold their own on premise private parties in a members home or similar venue.

ON-PREMISE SWING CLUBS: Plato’s Retreat in New York City, and the publicity it garnered, was the catalyst for “on premise” swinging on the East Coast of the United States. Swinging in the east was primarily “off-premise” until Plato’s, hence the new terms. Though swinging at most California swing clubs had always been on premise, the term was not used prior to the advent of Plato’s. More and more clubs publicly advertise their on premise status today. There are still a large number of clubs which permit on premise activities, but are extremely reluctant to publicly advertise due to pressures from local residents, liquor laws, municipal bylaws and police forces that all misuse their powers of authority.

THE LIFESTYLE: Though the swing clubs and magazines helped swinging to grow, the real backbone of swinging has always been the individual men and women who adopted swinging as part of their lifestyle. These people live in every part of the country. No one knows their total number but it is substantial and growing. A published report by two well-known sociologists predicted that eventually 15% to 25% of all American married couples would adopt swinging as part of their lifestyle during some period of their marriage. It is estimated that between 600,000 and 1.5 Million Canadians are swingers. Many couples now refer to swinging as “The Lifestyle”.

INTERNATIONAL EVENTS: Today, organized swinging can be found in most parts of the United States, populous areas of Canada, and parts of England, France, Germany and Japan. In addition, there are a great number who swing privately with friends and others who meet through personal ads in swing publications. Many swing clubs offer group discussions and travel in addition to swing parties, dances, swing conventions and socials. Many international events can be found through NASCA.

WORLD WIDE WEB: Computers and the Internet are becoming the most important tools for swingers. With its global wide reach and instant communication it will probably replace the magazines and personal ad papers in the next few years. Most personal ads and swinging information are now available on the World Wide Web. Cyber Sex has become a driving force reaching far beyond the swinging community over the internet. Exhibitionists have also found a new forum for their art.

GROWTH: Swinging has come a long way since the early days of the 1950’s. More new people begin swinging yearly than the combined number swingers from the first two decades of modern swinging. More and more couples are practicing safe sex and are generally much healthier today than 50 years ago. Sex is discussed at the national level and appears in the news on a daily basis. More and more swing clubs are opening on a weekly basis across North America.

2000 And Beyond: 50 years ago, people could smoke in a club and had to sneak outside for a drink. Today we are permitted to drink inside clubs and go outside to smoke. 50 years ago, same sex marriages were against the law. Many countries today, including Canada permit same sex marriages. 50 years ago, swinging was a subculture and practiced in private. Today, the subject of swinging can be found in all major newspapers, television, radio, internet and practiced in many homes, clubs, vacation spots, group tours, conventions and much more. The swinging lifestyle will continue to grow and expand its activities to larger clubs, expanded vacation spots, larger conventions and a greater acceptance that hedonists enjoy their sexuality and openness to share it with others. We are sure that there will be further challenges in the courts to accept multiple partners in a union of three or more people in poly-amorous relationships.